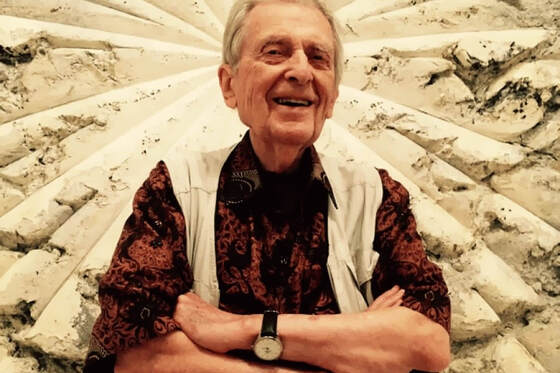 Recognitions
When Stan received the American Psychological Association’s coveted “Distinguished Contribution to the International Advancement of Psychology” Award in 2002, the APA published an article click here describing the substantial impact he had already made by that point.

Honoring & Support for Stan
We LOVE and CARE for and about you. You have served so many, may we now serve and help you.
May many blessings come your way.

Stanley Krippner, PhD, was a professor of psychology and a founding faculty member at Saybrook University in California for nearly 50 years. He is a Fellow in five APA divisions, and the past-president of two divisions (30 and 32). Formerly, he was director of the Maimonides Medical Center Dream Research Laboratory, in Brooklyn, New York.

Krippner is a pioneer in the study of consciousness, having conducted research for over 50 years in the areas of dreams, hypnosis, shamanism, and dissociation, often from a cross-cultural perspective, and with an emphasis on anomalous phenomena that seem to question mainstream paradigms.

​He is co-editor of The Shamanic Powers of Rolling Thunder (Bear/Inner Traditions, 2016), Working with Dreams and PTSD Nightmares (Praeger, 2016), Varieties of Anomalous Experience: Examining the Scientific Evidence, 2nd ed. (APA, 2014), Mysterious Minds (Praeger, 2010), and Debating Psychic Experience (Praeger, 2010); and co-author of The Voice of Rolling Thunder (Bear/Inner Traditions, 2012), Demystifying Shamans and Their World (Imprint Academic, 2011), Perchance to Dream (Nova Science, 2009), Extraordinary Dreams and How to Work with Them (SUNY, 2002), and many other books. He has written over 1200 scholarly articles, chapters, papers, and publications.​

Stanley has conducted workshops and seminars on dreams and/or hypnosis in Argentina, Brazil, Canada, China, Colombia, Cuba, Cyprus, Ecuador, Finland, France, Germany, Great Britain, Italy, Japan, Lithuania, Mexico, the Netherlands, Panama, the Philippines, Portugal, Puerto Rico, Russia, South Africa, Spain, Sweden, Venezuela, and at the last four congresses of the Interamerican Psychological Association. He is a member of the editorial board for the Journal of Indian Psychology and Revista Argentina de Psicologia Paranormal, and the advisory board for InternationalSchool for Psychotherapy, Counseling, and Group Leadership (St. Petersburg) and the Czech Unitaria (Prague). He holds faculty appointments at the Universidade Holistica Internacional (Brasilia) and the Instituto de Medicina y Tecnologia Avanzada de la Conducta (Ciudad Juarez). He has given invited addresses for the Chinese Academy of Sciences, the Russian Academy of Pedagogical Sciences, and the School for Diplomatic Studies, Montevideo, Uruguay. He is a Fellow of the Society for the Scientific Study of Religion, and has published cross-cultural studies on spiritual content in dreams.

Stanley Krippner, Ph.D. Bio from Position at Akamai University
Dr. Krippner was Professor of Psychology at the Saybrook Graduate School and distinguished member of Council of Sages, California Institute of Integral Studies, both in San Francisco. For many years he was Director of the Dream Laboratory at Maimonides Medical Center in New York, following Directorship of the Child Study Center at Kent State University. He has served as Visiting Professor or Lecturer at universities worldwide, including the Academy of Pedagogical Sciences in Moscow and the Academy of Science in Beijing. He serves on the editorial board of twelve journals, including the Journal of Transpersonal Psychology and the Journal of Indian Psychology. His many books include Human Possibilities, Healing States, The Realms of Healing and Song of the Siren. He is author or co-author of more than 500 articles in professional journals. He is a Fellow of the American Psychological Association and the American Society of Clinical Hypnosis. He is a former President of the Association for Humanistic Psychology and the Parapsychological Association. Dr. Krippner earned his BS at the University of Wisconsin and his MA and Ph.D. at Northwestern University. 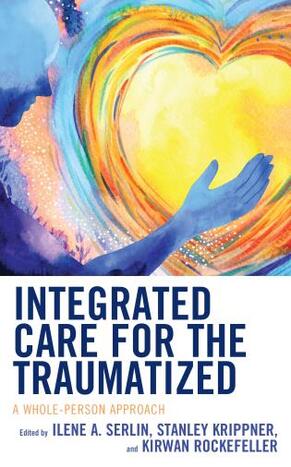 Integrated Care for the Traumatized: A Whole-Person Approach
EDITED BY ILENE A. SERLIN; STANLEY KRIPPNER AND KIRWAN ROCKEFELLER

​Integrated Care for the Traumatized puts forth a model for the future of behavioral health focused on health care integration and the importance of the Whole Person Approach (WPA) in guiding the integration. This book fills a void applying the WPA integration to the traumatized that enables the reader to learn from experienced trauma practitioners on how to assess and treat trauma as humanely and compassionately as possible. This approach of expanding the possibilities of behavioral health by centering upon the whole person is an old idea that is emerging as a modern solution to over specialized practices. Among other things this WPA approach, completed with spirituality, psychology, medicine, social work, and psychiatry, helps traumatized and their families function in the social environment.
The book has four sections: Foundations, Interventions for Individuals, Interventions for Communities, and Future of Integrative Care for the Traumatized. Each chapter discusses the importance of working within an integrative and WP approach, with descriptions of integrative models, research evidence and applications that are already working. These chapters can help students, families, and seasoned professionals to improve upon and expand their practice with the traumatized in both the individual and community contexts. ​
Support Us